Almost Everything Thing You Say Before The Contract Doesn’t Count…. 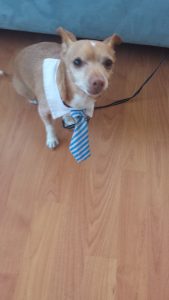 (….Not even if you look as cute as Toothless Johnny here while saying it)

(1) When you contract with anyone (client, contractor, employee, your dog) everything you say, orally or written, prior to or contemporaneous to contract will be excluded if it was not put into the contract. Um….?

(2) The same does NOT hold for modifications (i.e. amendments). Contracts can be modified after the fact. Usually, additional consideration is needed if its services (i.e. money), but not if its goods.

MORAL OF THE BORING LEGAL STORY: Anything you say, negotiate, agree to, cajole, promise or think you have been promised BEFORE the agreement is executed better be IN that agreement or else bye bye to the $10 for 10 blue widgets you thought you scored. AFTER, you are safe. There are EXCEPTIONS to the rule, but that is way too much legal for one night.