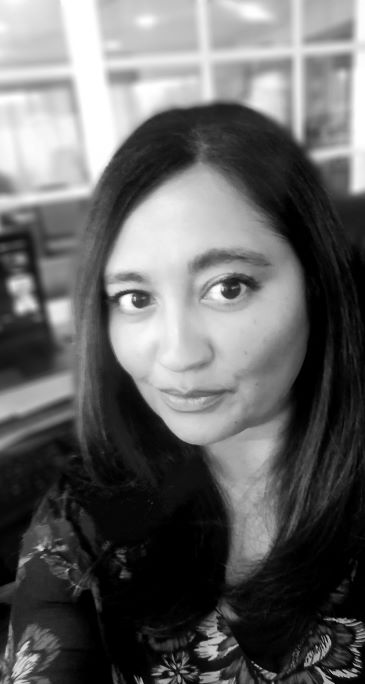 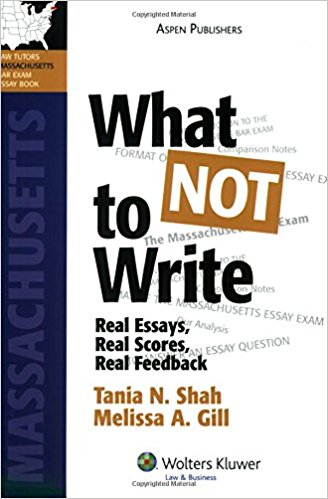 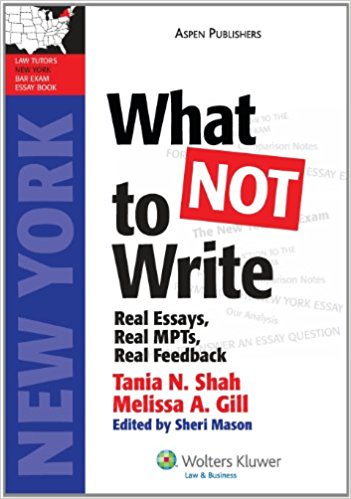 What NOT to WriteNew York 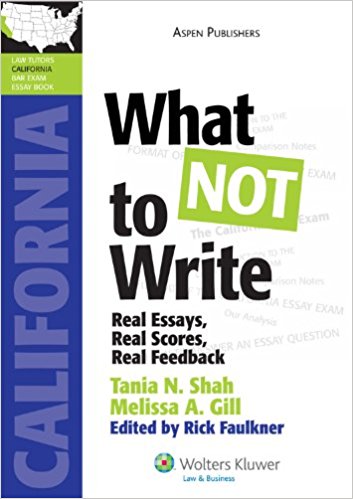 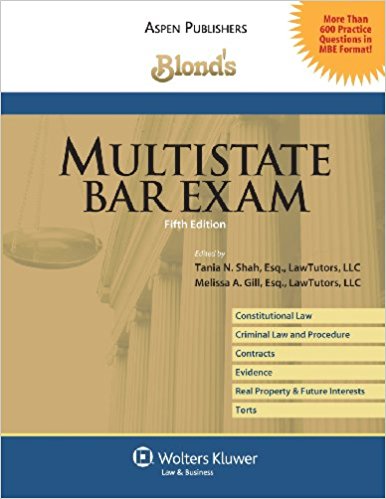 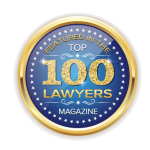 Tania N. Shah is a practicing attorney in the Boston area, focusing on small business and corporate law, as well as assisting with corporate legal compliance.

Raised in Southern California, Tania is a published author, a practicing attorney, the owner and founder of a legal tutorial company (LawTutors, LLC) and a professor of law. Tania is also Of Counsel and Director of Business Law at Eskow Law Group and Of Counsel in the Business Law Division at Long, Huff-Harris, Hagan. Tania’s focus is making positive and unique contributions in the legal community.

Tania graduated from University of California, Berkeley, obtaining a B.A. in Rhetoric with High Honors and a B.S. in Environmental Economics with High Honors. She was U.C. Berkeley’s College of Natural Science’s Commencement Speaker. After graduation, Tania attended Boston University School of Law, where she became Executive Editor of the Journal of Science and Technology and won a seat on the National Moot Court Team after becoming Boston University’s Moot Court Finalist.

Tania has lectured all over the country, including Boston, New York, California, Florida and North Carolina. In 2017, LawTutors, was selected to provide year-long academic support each year for the Top 100 Minority Ivy-League Law Students during their first year of law school.

In 2008 Tania released the first volume of her unique bar exam book series titled “What Not to Write” (based on her favorite TV Show, “What Not to Wear”) under Aspen Publishers for Massachusetts, California and New York Tania earned the 2010 Silver Shingle Young Lawyer’s Chair Award for outstanding dedication to the legal community and was featured Alumni in Boston University School of Law’s 2013 Alumni Magazine.

Tania has been chosen as one of the Top 100 Attorneys for 2020 and will become full-time faculty starting July 1, 2020 at Western State College of Law at Westcliff University in Irvine, CA.

What NOT to WriteNew York 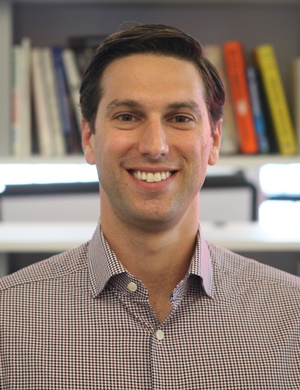 Eskow Law Group is built on an inspiring vision.  One based on a strong foundation of transparency, flexibility, communication and real personal experience.  Welcome to a new and refreshing model for legal services. We specialize in dental/medical, real estate and small business law and work on fixed fees to align incentives and create value for our clients.  At its core, our vision is quite simple – we treat our clients how we would like to be treated.  Our clients are not widgets and our firm is not a factory.  Every client is unique, with different goals and ambitions.  We recognize and embrace that.  At Eskow Law Group, we focus on delivering a great experience, helping our clients achieve their goals and developing long term positive relationships. 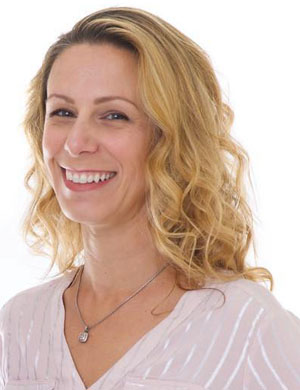 Lisa is a single mother of two beautiful children, a lover of craft beer,  and a proud member of Gen X. She began her post-college career as an X-Ray and MRI technologist before inspiration struck to attend law school, primarily focusing on Intellectual Property.  She graduated with honors and a certificate in the Health and Biomedical Concentration from Suffolk University Law School in 2005.

Opening her first law practice upon admission to the Massachusetts Bar was a career move both exhilarating and daunting.  Her work quickly focused on representing business owners.  Now, Lisa is pleased to finally have the kind of practice she always envisioned and a law partner who shares her enthusiasm for the work.  As a mother and small business owner, Lisa’s passion is working with women business owners. (A firm believer in equality, she works with men, too.) Being able to relate not only to the clients’ business needs but also their personal goals and struggles means that she can truly be a team member for her clients, providing a level of legal service that exceeds just getting ink to paper. 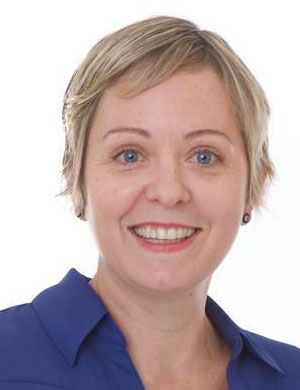 Erin Nobles is an estate planning attorney who specializes in helping families create thoughtful estate plans that create meaningful legacies of love and support. She is passionate about educating and empowering her clients to make the best decisions for themselves and their loved ones.

Erin believes that the old transactional model of estate planning is not tailored to the needs of modern busy families and is committed to a relationship-based and client-centered practice. This orientation allows her to become a trusted family advisor, helping clients navigate the often-complicated decision process of initial planning as well as working to ensure those plans continue to work for years to come.

Erin is an honors graduate of the University of South Florida with an undergraduate degree in psychology. She worked at the Brigham and Women’s Hospital and Children’s Hospital Boston as the executive assistant to the Chief of Neurosurgery at both institutions. She received her law degree from Suffolk University Law School with a Concentration in Health and Biomedical Law and was a 2004 Rappaport Fellowship Recipient.

After law school, Erin worked as an associate at Lubin & Meyer, P.C. a boutique medical malpractice litigation firm in Boston and later as an Assistant Attorney General in the Florida Office of the Attorney General, investigating civil claims of fraud against the Florida Medicaid program. She decided to focus her practice on estate planning after a family health emergency showed her the value of proper planning.

Erin enjoys counseling parents with minor children and parents of children who have special medical needs about the estate planning process and the best ways to protect the people they love. She is licensed to practice law in Massachusetts and Florida. 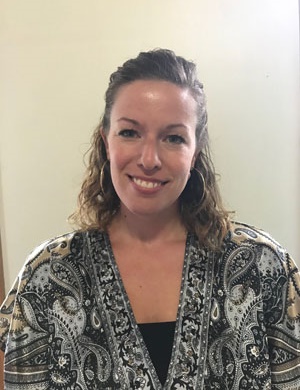 Samantha Bachrach has been around since the inception of Shah Law as the Office and Accounts Manager, but took a hiatus to travel through Central America for five years until ultimately returning to Shah Law once again. This time she is back in the role of Business Manager, handling everything from invoices and finances to the daily operations of the business.

After graduating from Simmons College School of Management in 2010, Samantha decided it was time to get out of Boston (where she also grew up). She traveled through Guatemala, El Salvador, and Costa Rica before settling in Honduras for five years working as a teacher and then as an administrator in a small, international school. She loves spending time with her family, watching movies, eating good food and going to the beach. 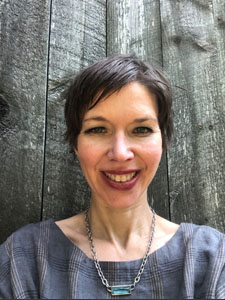